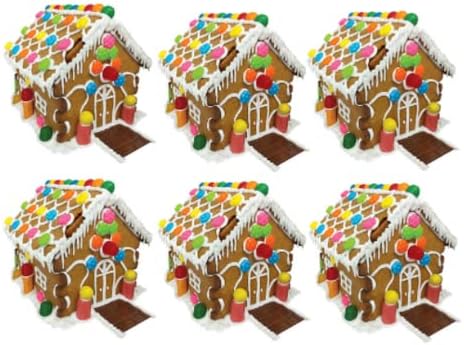 Creating gingerbread houses over the holidays can take more effort than you realize – unless, of course, you use a Gingerbread Cottage Kit! Featuring pre-cut, pre-baked pieces of gingerbread and all the extras needed for an impressive gingerbread cottage, these kits make fun holiday gifts. Get everyone together for a new holiday tradition! Each kit includes pre-baked gingerbread pieces, icing mix and assorted candies. 14" x 2" x 9-1/2" Each Kit, Total wt., 12 lbs.